My cousin, Emery, and I went on a little adventure to the Jim Morrison Cave in Malibu today. Neither of us had ever been and it looked like a cool little spot to hit, so off we went.

It started with a 5 mile cliff-side drive up Coral Canyon. The fog was seriously so intense that we couldn’t see more than three feet in any direction, but it only added to the thrill of the adventure! Once we parked, we realized we had absolutely no idea where to go from there, so we just started walking. We figured a huge hot-pink cave couldn’t be too hard to spot, right? Well the fog made sure it wouldn’t be that easy. We were drenched after 5 minutes of walking up the sandstone hills.

What should probably have taken about twenty minutes, ended up taking about an hour and a half. We went right passed the trail we needed because the fog had hidden all markers and 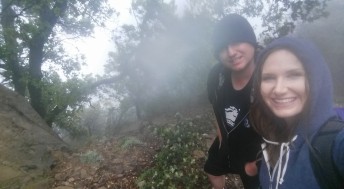 surrounding hills that would have served as our directions. In desperation, we ended up climbing a neighboring MOUNTAIN, hoping to see some kind of sign! Although we still couldn’t see anything of use, it was a great workout, and the misty views made us feel like we were in the rainforest. It was pretty awesome!

After some more frustrated rock climbing with misleading bits of paint strewn about, we doubled back around. When we had just about given up hope on finding it today, we ran into a wonderful couple that had just come from the cave! WOOOO! They directed us the right way and we FINALLY FOUND IT!

It was definitely a unique destination. In order to actually get into the cave, you have to

crawl through some low rocks and then climb up this narrow kind of slide. I was worried I wouldn’t fit from the looks of it, but it was a lot easier than expected. There were a few people already up there, and as soon as they heard us coming, they called for us to throw our bags up to them and helped us up (people are always so friendly on hikes). The cave itself was super funky! Every inch of it was covered in painted quotes and pictures. There was everything from beautiful murals that must have taken ages by talented artists, to dirty statements I imagine teenage boys had left behind, but as a whole, it was quite a sight. If you ever get the chance to check it out, I’d recommend it (just avoid foggy days messing up your sense of direction!)

Emery likes photography, and I like to do borderline stupid stuff, so naturally we took some fun shots in the cave. I’d definitely go back. Perhaps a picnic is in order this summer? All in all, it was a Saturday well spent. 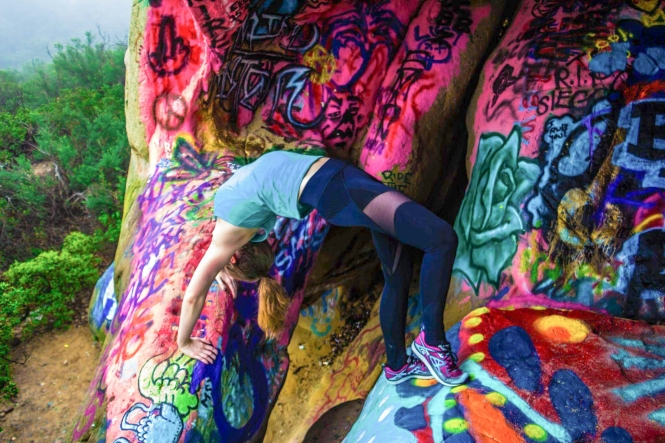 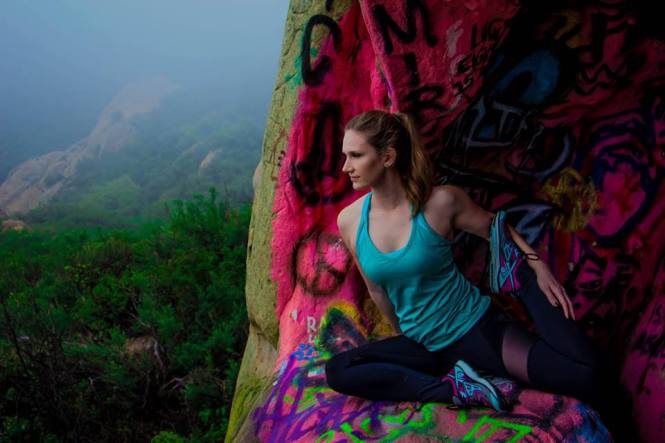